Child poverty comes from many sources, with one of the biggest being debt from loans with high interest rates.

These loan interest rates have a disproportionate impact on the wellbeing of children and families. The recent law changes to put a cap on interest rates were not an overnight certainty but instead, the result of a long campaign led by FINCAP* in partnership with its 200 local free financial capability and budgeting services in New Zealand and the communities they support. 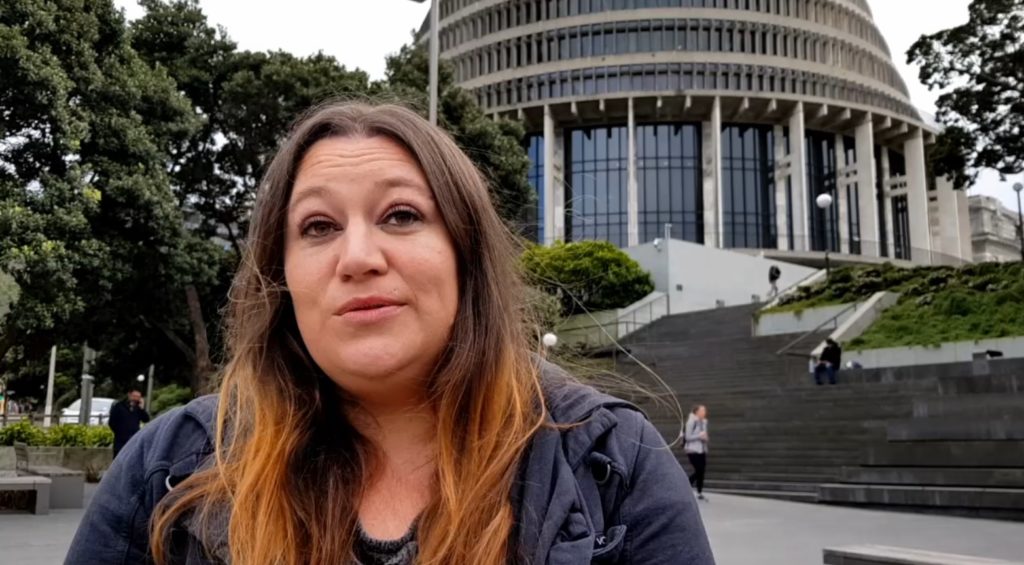 FINCAP used the Child Rich Community principles of collaboration, empowerment and relationship-focus to develop their submission on the Credit Contracts Legislation Amendment Bill and highlight the key policy issues for communities to also speak out on. They had three rounds of engagement with the 200 services in their network during 2018-19 which resulted in 110 organisations contributing submissions through that process. They also held 11 hui nationwide in early 2019 to inform local communities about the Bill, to prioritise key issues to campaign on for change, and to encourage budget service users to share their stories through the Select Committee submission process. Sarah Newham’s story is outlined below.

The Government made changes to the Credit Contracts Legislation Amendment Bill as a direct result of strong submissions at Select Committee stage and introduced a cap of 0.8% interest per day (still 24% in interest over a 30-day month). This sits alongside a new overall limit on the total cost of credit for high-cost loans, which means the interest charged can’t be more than twice the amount initially borrowed. This would mean if someone borrows $500 they won’t have to pay back any more than $1,000 over the lifetime of the loan.

Sarah’s story is below:

2018 was the first time I ever took a payday loan. I’m a solo mum, my kids have their birthdays really close together and the budget was tight. I’d tried to save for it but there’d been some unexpected costs. I didn’t want to let them down, so I borrowed $400. It was easy. I went online and had approval in a matter of minutes. I’d have to pay back nearly twice that but that was going to be OK once things picked up. I made the first couple of payments, they were big – nearly a quarter of my weekly income but then I missed one.

The penalties were bad but the rate they wanted repayment made at was worse – it was huge because the interest rate was huge. There were weeks where I was choosing between paying for electricity and paying for food. Meeting the loan repayments was the most important thing because having a bad debt against my record would have cost so much more in the long run.

In the end it got to the point where I was begging the lender to send the debt to a debt collector. The extra 20 or 30 percent added was worth it just to be able to pay it off over a longer period of time. They refused.

It only turned around when I finally got the local budgeting service involved and they made the lender send the debt to a collector. I’m almost debt free now, but it’s come at a real cost to me and my kids.

This year, on my birthday the loan shark I borrowed from sent me an email that said something like “Happy Birthday Sarah – how about you treat yourself with a loan”? I felt ill. I’ve looked at the changes this law will make, and I’ve put them up against my experience. They would have helped a bit, but they wouldn’t have made the total cost of the loan less than it was to start with. The payments I had to make wouldn’t have been any smaller. Maybe some of the penalties would have been smaller but I only just missed that third payment. If things had been a little different I could have paid it all back on time. Maybe at the cost of my kids’ breakfasts and a couple of disconnection threats. Lots of people do.

If I had, I don’t know if I would have said no when they offered me a new loan, or another after that. There’s always a bill that needs to be paid, especially when you’ve been tightening the belt to pay the last loan. What I do know is my family would be a lot worse off for it.

I also know that a lot of other people are hurt by this kind of lending too. That’s why I’m speaking out. It’s not easy to tell my story so publicly. Being “bad with money” is seen as a shameful thing in New Zealand, but it’s not as shameful as the way people like me are being preyed on by this industry. Please, make sure that this law change stops that.”

FINCAP emphasised that this experience has highlighted the power of authentic story-telling from members of the community through the law reform process. FINCAP CEO, Tim Barnett, advised that “these stories can move hearts and mountains, especially in politicians’ offices and select committee rooms.”

*FinCap (the National Building Financial Capability Charitable Trust) supports 200 services around New Zealand that provide financial mentoring support to people. These services see 70,000 people a year between them. Most people that visit these services have a number of expensive and unaffordable loans ranging from bank loans, personal loans, credit cards, car loans and high cost short term loans. The average debt is $10,000.

How Communities Awaken is a series of essays written by vivian Hutchinson from Taranaki. Here we share the essays, alongside some insights and perspectives from Inspiring Communities team members.

We're here to help. Have a one-to-one chat with one of our lovely facilitators - for free!