Ten years ago, Mataura wasn’t seen as a very desirable place to live. But the last decade has seen the town go through a complete transformation.

Jo Brand, former Community Development Worker, says Mataura was “limping along and disconnected”. This was partly due to the shut-down of various industries over the years, resulting in people moving away to find work and to access a better range of facilities. A lot of property was owned by absentee owners and wasn’t looked after well. Jo adds says that “all the numbers were terrible”, according to a 2008 study done by Public Health South (Southern District Health Board). Mataura also had the lowest decile school in Southland, only one out of five kids were school ready at age 5 and the crime statistics were less than ideal. 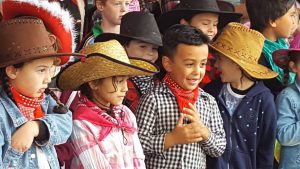 Government agencies were concerned about Mataura and were going to meet to decide what to do, but then they realised that the locals were already creating a way forward. The town had already formed a taskforce and started working with Inspiring Communities.

Alan Taylor, Chair of the Community Board, stresses that “there is always a need for a common vision”. So, the process started with a community consultation workshop. Everyone got together to talk about what they wanted in Mataura. “We started with celebrating and identifying who Mataura is first. That we’re not buying into what everyone else was telling us we were or weren’t” says Jo.

The residents created lists of what they wanted to see in the town and 70% of the projects on those lists have now been completed, even ones Jo never thought would succeed. Having more than one cafe in a town of 1,500 people didn’t seem realistic, but they now have two independent cafes as well as a Four Square and a fish and chip shop.

Jo believes “the skillset was always there from the people. It just needed encouragement”. Many of the town’s projects have been ones of restoration. The Mataura Museum was a struggling entity until a group of volunteers worked with Gore District Council to restore the building. They made it interactive and modern, relevant and local. On opening, in 2015, it won Best Museum Project Award at the NZ Museum Awards and one of the volunteers travelled to a Heritage conference in Croatia to speak about the project. 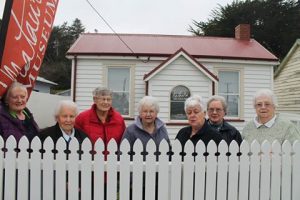 The old town hall was restored and there is also a newer community centre, which is a real focal point for the community.

Eleanor Ranstead, the current Community Development Coordinator, has witnessed the extraordinary transformation of the town in her 20 or so years in the area: “It has a lot of hope”. She says the focus is now on building the capacity of community groups and people. The list of programmes, activities and resources the town now offers is extensive: a Mens’ Shed, Strengthening Families, community lunches, Toddler Time, the Bunker Youth Centre, Mind Matters, an Al-Anon group and a suicide prevention group, activities at four different churches and so much more.

“What’s really emerged is not so much leaders. It’s that people have embraced other people’s strengths. People recognise and understand that you don’t have to be the expert at everything. But everybody has an expertise in something. That’s what we do differently now” says Jo.

Mataura was awarded a Community Development Scheme grant by the Department of Internal Affairs. The community has also worked with Inspiring Communities on a regular basis and has brought Jim Diers to town to do workshops on several occasions. Gore District Council has been another important partner in the town’s development.

Working collaboratively is something that the town’s people have got better at over time. “Now we say ‘Here’s what we want to do. Who do we need to help us get that?’” says Jo. “To encourage involvement from the community is huge. And working with local government is important” adds Alan.

There has been a lot of learning along the way. “It was a journey of understanding what people needed” Jo says. “The community gardens didn’t work at first. They realised they had to charge money because no-one would come if it was free”.

Barbara Cunningham is responsible for the community gardens. The project expanded further when she realised that the Meals on Wheels programme was using frozen meals from Gore. She took over the contract and started delivering fresh food, using produce from the garden. The service now runs five days a week. 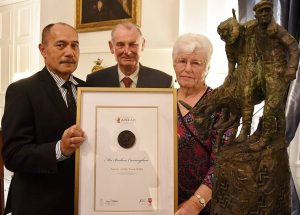 Other projects include demolishing derelict buildings and putting in parks and recreation areas, building a sensory garden and an outdoor gym circuit and creating a new childcare centre which fits the needs of the local parents, many of whom do shift work. The primary school roll is up by about 30 and they’ve just established a bilingual class.

Mataura Marae sat incomplete for about 30 years, after a number of setbacks prevented renovations taking place. Work finally restarted in 2017. The wharenui is now finished and the plan is to have gardens and possibly a café, with wheelchair accessibility and a family friendly atmosphere.

These projects are not only important to Mataura. Gore District Council wants to retain Mataura as a destination point, so Southlanders (and others) stop and visit.

The population is on the rise and house prices are increasing, but are still affordable, which makes it a very attractive location. And business is booming! Eleanor estimates that there are now 80 – 100 businesses operating in the town. The townspeople think local before buying further afield and some businesses that might have closed down have been bought and run by other locals.

Jo captures Mataura’s community spirit well when she says “I remember my Great Grandmother telling us ‘just do what you can to help others: it doesn’t matter if it seems small to you’. I think that sort of sums up why Mataura is what it is”. 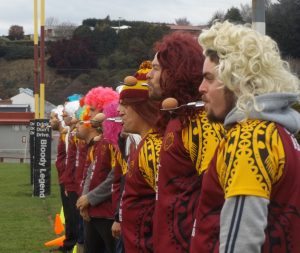