The emergent issue facing Colville and the wider Coromandel area is a lack of infrastructure, meaning the community has to travel out of Colville for many essential services. The Colville Project has an inspiring solution. 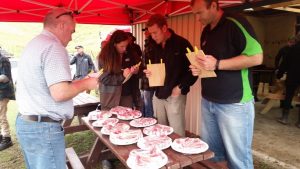 Picturesque Colville sits near the top of the Coromandel Peninsula. Located 26km north of Coromandel town, it’s located within the Northern Coromandel: a rural, remote region with a small community of around 700 residents, except in the peak of the tourist season, when the population swells to over 10,000 people. The emergent issue facing the town and the wider area is a lack of infrastructure to support not only the seasonal tourist population, but also the community in general, which has to travel out of Colville for many essential services. The Colville Project is an attempt to address these issues with the provision of an all-in-one community and health centre that would deliver much needed services from one central location. The vision is that this project and the centre will regenerate the community, making it a much better place to live and encouraging people to stay in the area.
The Challenges and the Response

Bronwyn Blair, the project spokesperson, has lived in the area for over 20 years. She explains the challenges the area faces.

The Colville Project (TCP), which is run as a community partnership between the Colville Community Health Trust (CCHT) and Colville Social Service Collective (CSSC), is ambitious; it’s all about the regeneration and sustainability of the community.

Bronwyn summarises: “We want to create an opportunity for a health and well-being based industry that will contribute to the sustainability of rural practices across the country, and support holistic well-being, including training, in integrated practice. This will contribute nationally and regionally, and bring employment locally”. For that to happen, there have to be facilities that deliver the services needed by the community. This is what the new health and community centre would provide.

There are four parts to the project. Stage One is the well-being and education centre; Stage Two is Staff and Student Accommodation; Stage Three is to build affordable housing and support for families and older people; and Stage Four is to create youth recreation and training opportunities.

Bronwyn, who is also the Chair of the CSSC, says both organisations wanted a healthy and thriving rural community. “But we wanted to think more broadly than health”. They wanted to reach as many people in the wider community as possible. They came up with a shared vision, then a proposal that they took to the community in the form of consultation workshops. They took a slightly different approach with their consultation. Bronwyn explains that “instead of having one central workshop which would mean people having to travel significant distances, we held workshops in four different areas within the Northern Coromandel region”. They gathered feedback, answered questions and examined the communities’ aspirations. They had around 130 people attend across the region. Bronwyn says this was really effective as they found that the demographics were different in different areas and they couldn’t have captured as much information in just one workshop.

“It was very clear that over 90% of the population wanted this project for the community, which was a good driver to go ahead. What was proposed is actually what we want. To see complete alignment in that was really wonderful” says Bronwyn.

As well as community consultation, research was undertaken, including an independent feasibility study which found that the project would be of significant benefit to the community and a great support for it. 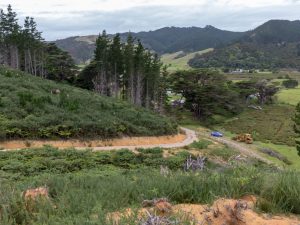 The first step is to purchase land. A 32 hectare piece of land has been identified as suitable and the project team is now fundraising to buy it. At first, they thought that putting different facilities in different locations would best serve the wider community. However, after consultation, it was found that the community wanted all of the services to be in one, central location. Bronwyn believes strongly that the community needs to have ownership of the land. “Many fundraising opportunities are now being driven by the community, with the Project Team just keeping the ball rolling”.

However, the 700 permanent residents of the Northern Coromandel cannot do this alone. The plan is to reach out to the wider community who visit, live, work and play in the Coromandel, and individuals and groups across New Zealand who share similar aspirations for the area.

Community Waikato helped them with their strategic plan and they secured some external funding from the Department of Internal Affairs who awarded CSSC a three year Community Development Scheme grant. This allowed them to hire two community development workers to support several community development projects, TCP being one of them.

In addition to this, the Project Team has launched a fundraising drive, which included not only asking for charitable donations through their website, but also running community-led campaigns and events such as the Great Lamb Chop Competition, the Colville Dine and Dance event, Papa Aroha community dinners, fruit sales by community members with surplus produce, the 100 Hippies Campaign and The Colville Family Reunion – an evening of Colville-connected bands playing at The Thirsty Dog in Auckland.

“Our community has given around $170,000 towards Stage One, the Wellbeing and Education Centre” says Bronwyn. “The local community is totally behind the project”.

The project has raised around 28% of the funds needed for the purchase of the land. 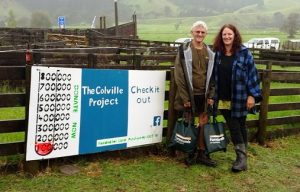 The team is now setting up a third trust: the Colville Project Trust. Bronwyn says it’s really important to take time to get the right trustees and to set the trust up for success. She adds that “it has always been part of our vision. It has been a massive undertaking, a massive learning curve”. She stresses the importance of keeping careful records of your processes and also recording positive experiences and learnings as you go. Bronwyn says they want to “become a beacon for other small communities around the country if not the world. If this learning can go out further, that’s a real outcome.”

“We have to pull together to determine and make a positive future for ourselves, our kids and for all the people who live, work, play and visit so that we have the services and amenities we need for daily life – and to provide and generate opportunities to continue to live here, socialise, train and upskill and find employment so we have a productive, sustainable community, built on the principles of care for people, for the environment, for a better, kinder future”.

But they have a long way to go yet. “It’s a big vision and one we can achieve together, as a united community” says Bronwyn.

To learn more about this fantastic initiative and how you can support it, check out the TCP website and their awesome video below.